GOOBJOOG NEWS/DHUSAMAREB/BAIDOA: The South West and Galmudug State Electoral Committees have announced the election schedule for the 11th House of the People of the Federal Parliament,  which will be contested in Baidoa and Galkayo respectively.

A statement from the South West Electoral Team has slated the beginning of registration of candidates for six seats to be March 8, while the election date will be on March 9, in the city of Baidoa.

Meanwhile, the Galmudug elections team issued the election schedule for 5 seats, with elections to be held on March 6 in Galkayo, the capital of Mudug region. 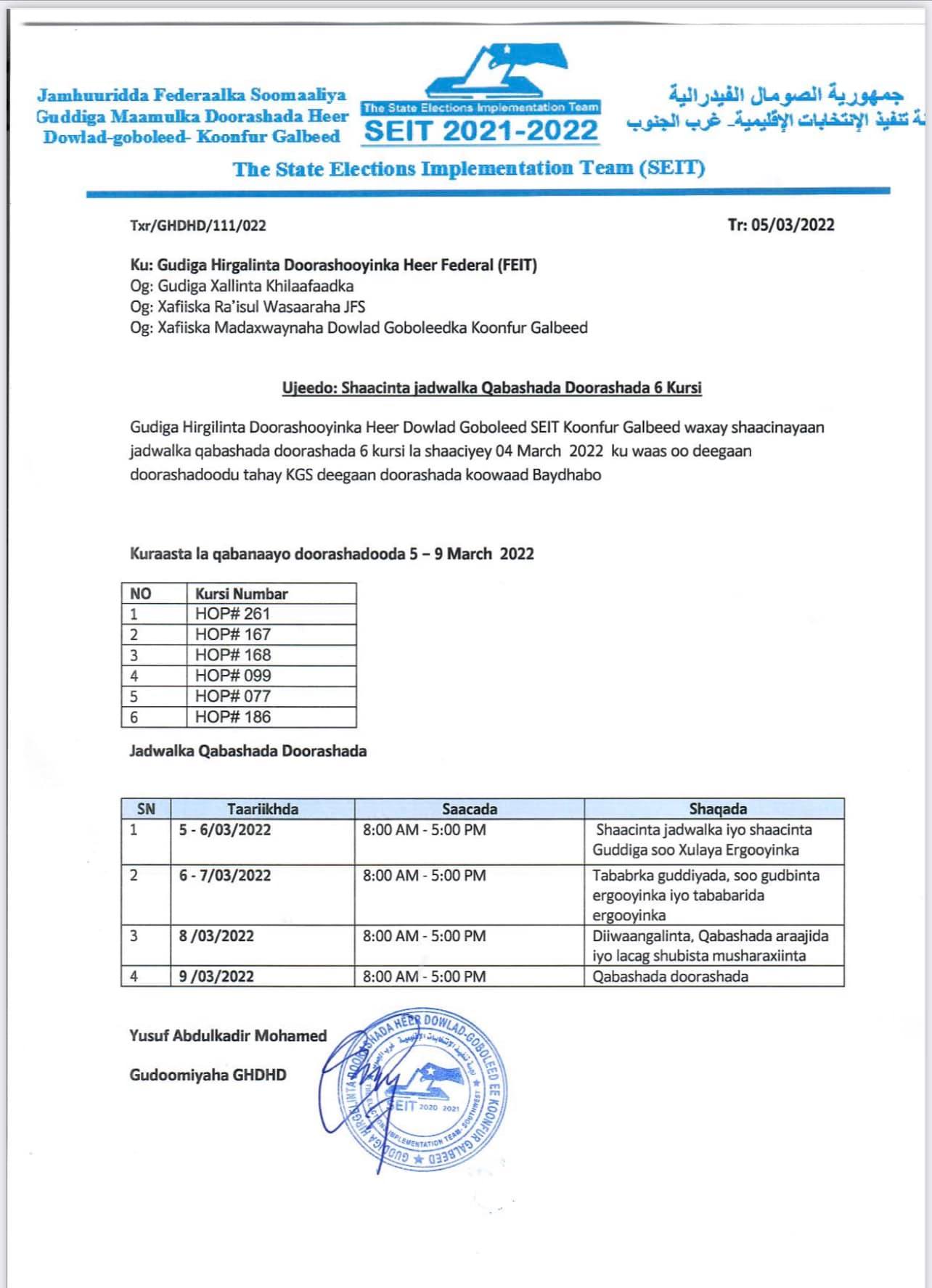 My meeting with members of the Rotary Club of Mississauga, Ontario, Canada

The East Africa Community continues its push for unity as it…