Samia’s leading women in her first year of gender agenda

Samia Suluhu Hassan may have been the unlikely president of Tanzania, having taken over after the death of John Pombe Magufuli, but since her swearing-in on March 19, 2021, nothing about her words and actions are unlikely.

She’s been steadfast in her short political career as a non-conforming thinker, pro-women, open to the rest of the world and all the opportunities it presents, but also very calculating in her political manoeuvres both in Tanzania and abroad.

She has advocated for inclusivity, meaning bringing more women on board in public positions of power, pushing the gender agenda with a clear purpose of harnessing the best from the pool of leaders Tanzania has nurtured; as well as seeking policies or changing them to be just to women and girls.

In her second Cabinet reshuffle in June 2021, she retained all four female ministers from the Magufuli administration, moved them around and added four new fresh faces to bring the total number of women to eight, in a team of 22 — the highest for the country since Independence at 34.3 percent – but still trailing Kigali’s 55 percent representation, and ahead of Kenya’s 33.3.

As she marks one year of her presidency this Saturday, there have been mixed reactions to her leadership. The EastAfrican spoke with a few ordinary Tanzanians and their opinions on her performance were varied.

Ritha Paul a resident of Iringa and a primary school administrator said that her leadership is “a step in the right direction, especially appointing more women in Cabinet but she needs to reach out to women in the lower levels of the population.”

A leader of a non-government organisation from the Kilimanjaro Region, Juliet Samwel concurs.

“Apart from the appointments I cannot think of anything specific she has done for women. Most projects are general and involve both men and women leaders. I want to see her walking the talk going forward. She has made a number of pledges such as disbursing loans to help empower women financially, but none if this has happened yet.” Her organisation deals with farming and tourism issues in Simanjiro and Moshi.

In her first major national meeting with women community leaders, to mark the International Day of Democracy on September 15, 2021, President Samia talked of pushing for economic empowerment and financial inclusion by “not leaving women behind” explaining “women being 51 percent of the population, no country can develop without including women, who are known to be entrepreneurial and business-minded people.”

Analysts say an inclusive gender-balanced government will not only promote general equality and women empowerment but is also important in decision-making processes since the opinions tend to be varied, far-reaching and therefore impacting more people for good.

But the general sentiment on Samia’s government is that she should go beyond Cabinet appointments and seek change in all sectors if she is to change the male-dominated narrative. To her credit, President Samia has appointed several women in the central government administration as Regional Commissioners and deputies.

She said this will change the status quo and focus on bringing participatory development to economically empower women.

Making a comeback to the Cabinet after two decades, Dr Tax, is a woman of firsts, with her appointment in January demystifying the notion that this ministry is a preserve of men.

Later in 2008, she served as permanent secretary in the ministry of East African Co-operation, and later expanded her scope when she was appointed the first woman executive secretary of the Southern African Development Community (SADC) in 2013, taking her leadership skills regional.

At her swearing-in in Dodoma, President Samia said that “her vast experience from her previous position at SADC is why I appointed her. She is well informed about security issues in the region.”

She could be new to Cabinet but not to public service. Mulamula is a career diplomat who brings 35 years of experience in public service and diplomacy to President Samia’s government. In June 2021, she was appointed Minister for Foreign Affairs and East African Co-operation, the second woman to serve in this docket after Dr Asha-Rose Migiro.

A distinguished diplomat, Mulamula has served as Tanzanian ambassador to the United States; first executive secretary of the International Conference on the Great Lakes Region between 2006 and 2011 and later as Permanent Secretary in the same ministry in 2015, during Magufuli’s first term.

Between 2012 and 2013, she was Special Advisor to then-president Jakaya Kikwete on all diplomatic matters. 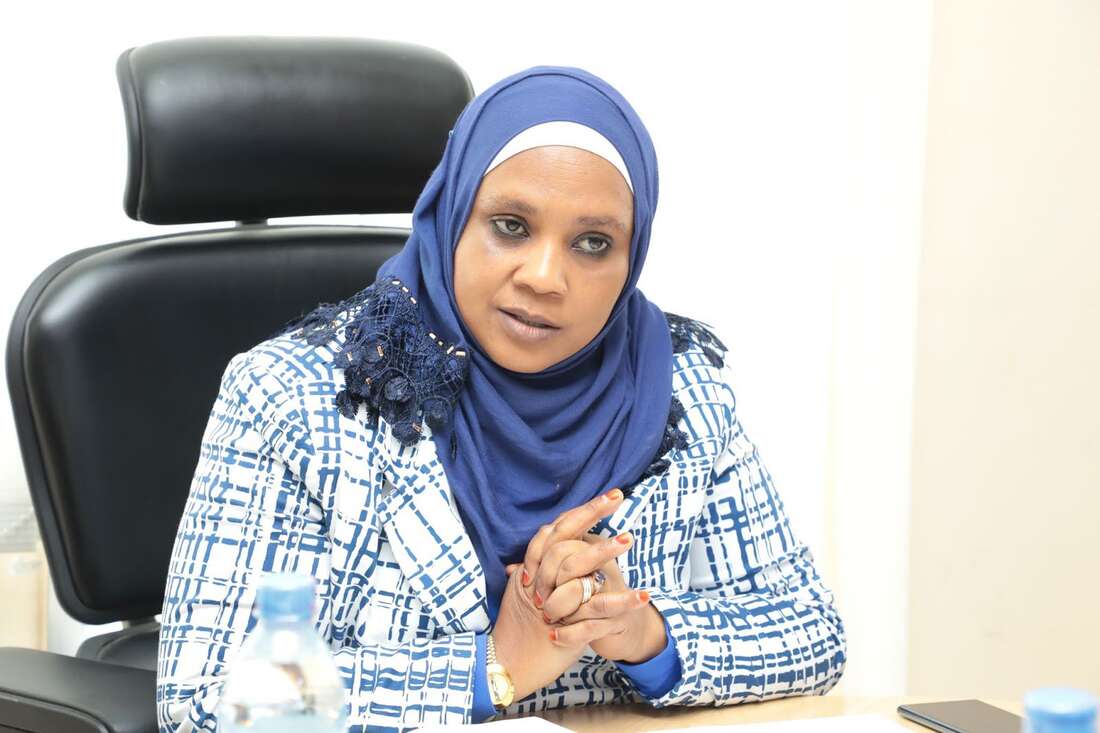 A first time Cabinet member, she is one of President Samia’s revelations and was appointed to the crucial ministry of Industry, Trade and Investment, at a time of world economic uncertainty and national interests torn between development projects and external borrowing and debt.

She is in charge of Tanzania’s economic transformation into an industrialised country, attractive to investors and trade partners both regionally and internationally. With President Samia’s push for women’s economic empowerment, this ministry is expected to break biases against women entrepreneurs when it comes to opportunities and employment in order to create an equal playing field.

In her first year in parliament between 2015 and 2020, she was the deputy minister for Finance and Planning. She is a PhD holder from the University of Agder, Norway.

This is her second stint in this docket, having been appointed first by Magufuli and was the focus of local and international media in 2020 as the country battled the Covid-19 pandemic amid government denial of the existence of the virus.

In March 2021 Magufuli moved her to the President’s Office Regional Administration and Local Government where she served until President Samia’s Cabinet reshuffle saw her back to the Health docket.

She ventured into politics in 2007 and was appointed to the parliamentary special seat in 2010 by then-president Jakaya Kikwete. She served as deputy and full minister in the ministry of Community Development, Gender and Children and Vice President’s Office and the Ministry of Justice and Constitutional Affairs where she was a deputy minister. And later was appointed to Cabinet as Magufuli’s minister for State in the Vice President’s Office (Union and Environment).

Prof Joyce Ndalichako: Minister of State in the Office of the Prime Minister Policy, Parliament, Labour, Employment, Youth and the Disabled 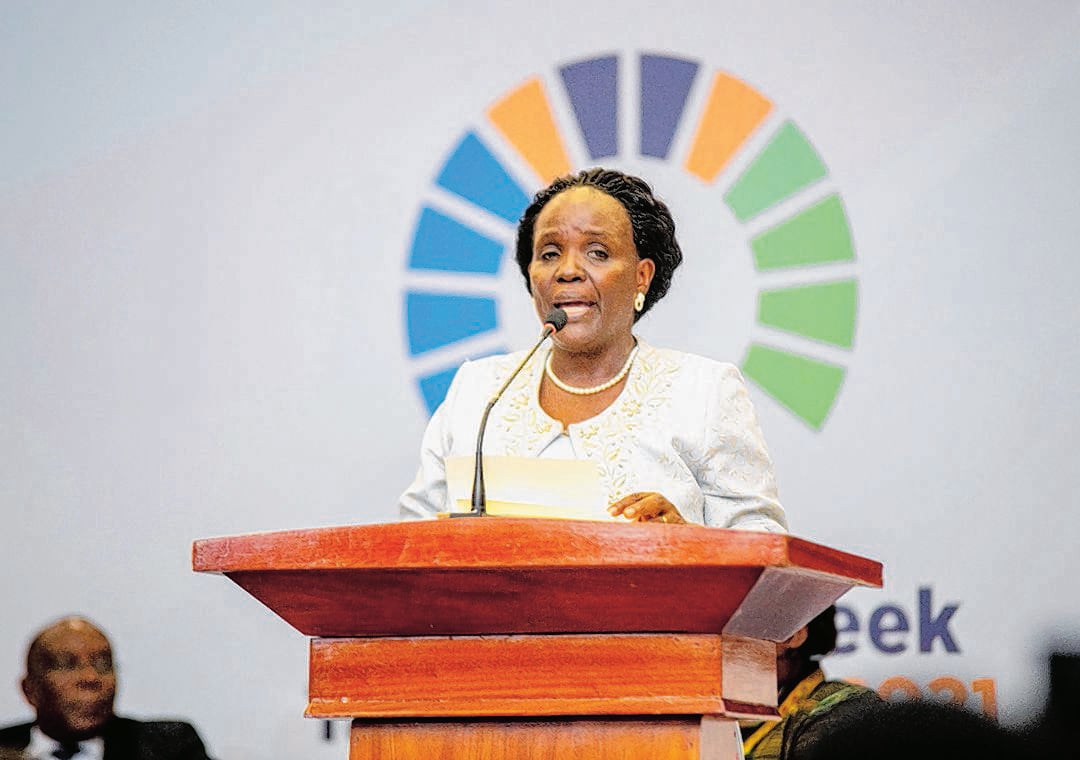 Prof Joyce Ndalichako is a PhD in Educational Psychology from the University of Alberta in Canada. She was a senior lecturer at the University of Dar es Salaam when she was nominated to parliament and appointed minister for Education in 2015 by Magufuli. She joined elective politics in 2020 and won the Kasulu Urban Constituency in Kigoma and was reappointed into the same ministerial position.

President Samia retained her in the same docket until January 2022 when she was moved to her current docket. 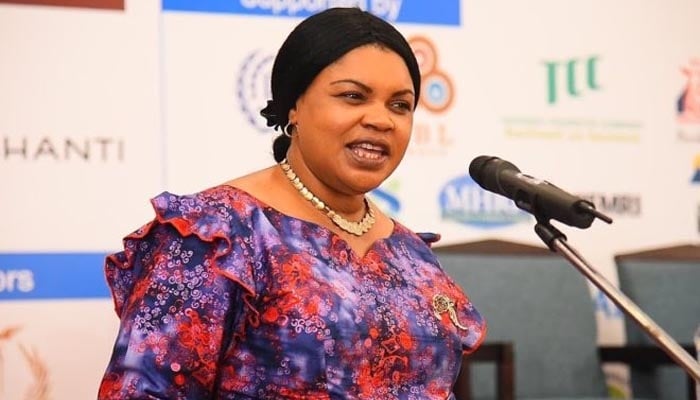 Jenista Joakim Mhagama joined politics in 1987 serving in a variety of roles in women and youth wings of the ruling Chama cha Mapinduzi.

She served as Deputy Minister for Education and Vocational Training in president Kikwete’s administration from January 2014 and January 2015. A Cabinet reshuffled saw her become the minister for State in the Prime Minister’s Office (Policy, Co-ordination and Parliamentary Affairs).

In 2000 she was appointed to a special seat member of parliament until 2005 when she beat former Finance minister Simon Mbilinyi in the Peramiho constituency seat. A vibrant MP, she stirred up debates and raised many questions in Bunge.

She studied entrepreneurship and earned a certificate from the International Labor Organisation (ILO) in Turin. She is a trained teacher and taught for six years between 1991 and 1997. 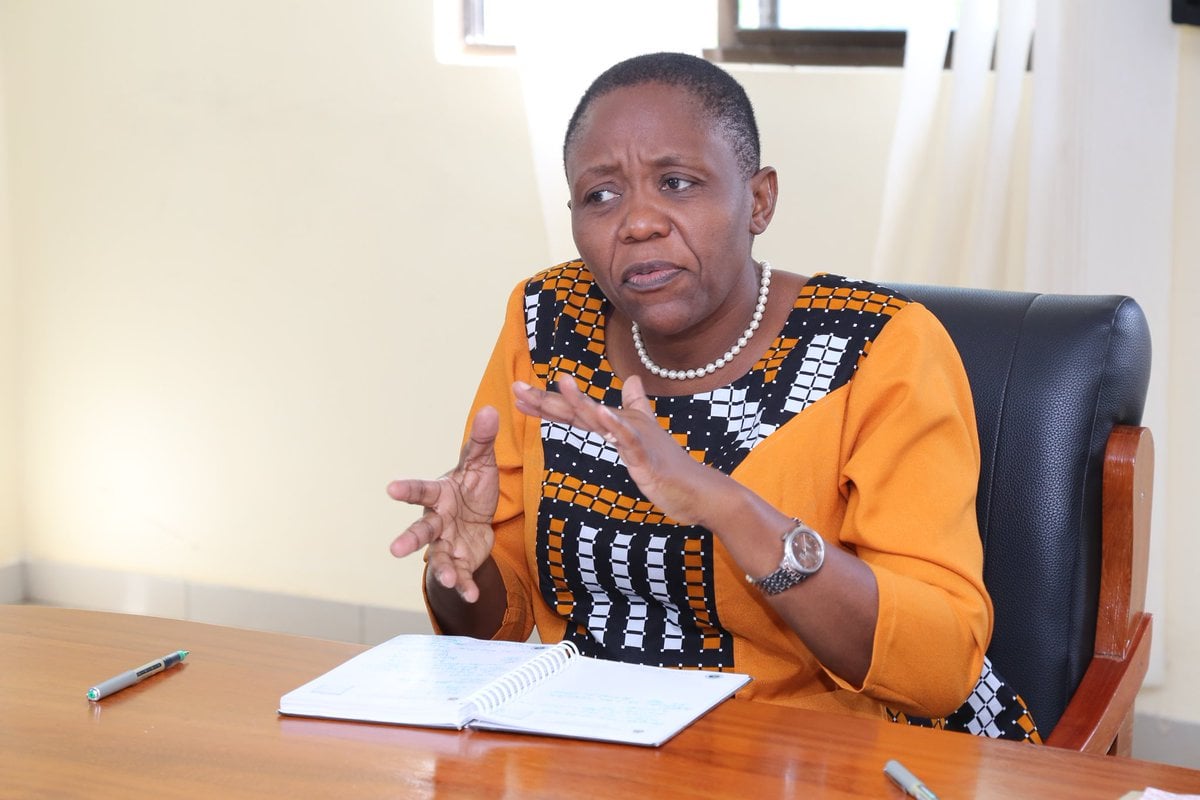 She is best remembered as the Health minister who sold Magufuli’s herbs and steam treatment for Covid-19, disregarding conventional medicine and vaccination. When President Samia retained her in the Health docket in her first Cabinet reshuffle, there were murmurs of disapproval.

A graduate of the Nizhniy Novgorod Medical Academy in Russia, she holds a Bachelor’s degree in Medicine. She was nominated MP in 2005 by Magufuli and appointed Deputy Permanent Secretary in the President’s Office, Regional Administration and Local Government.

Magufuli spoke highly of her work ethic. In 2020, at the peak of the pandemic, he appointed her to Cabinet as Minister for Health, Community Development, Gender, Elderly and Children, where she served until January 2022 when President Samia moved her to the newly created Ministry of Gender and Social Welfare.

Pindi Chana: Minister of State in the Prime Minister’s Office for Policy and Parliamentary Affairs 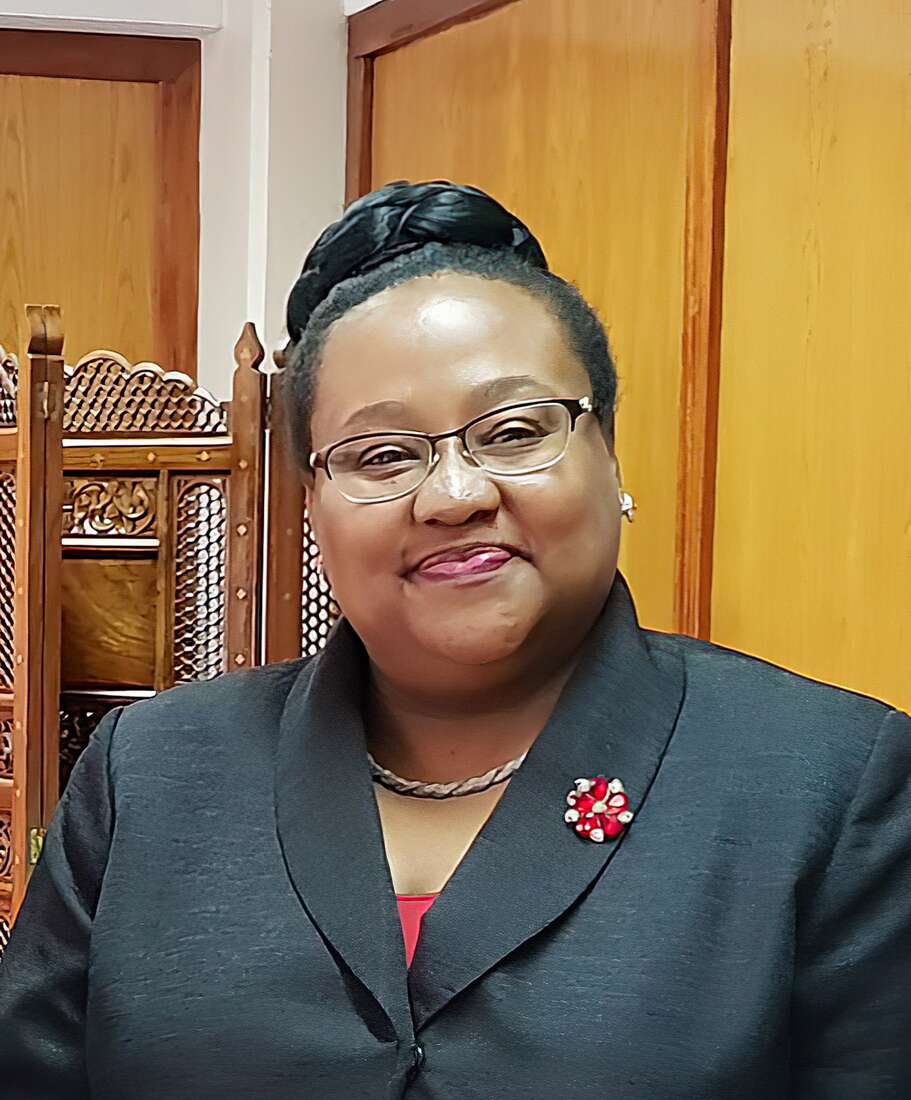 Pindi Hazara Chana started out as a special seat member of parliament in 2010, and then as Deputy Minister of Community Development, Gender and Children between 2014 and 2016. She was later posted as Tanzania High Commissioner to Kenya, serving from 2017 to 2019, also representing the country in South Sudan, Seychelles, Somalia and Eritrea from Nairobi. Her tenure in parliament was marked by her concern and addressing issues pertaining to women and children, health and clean water supply for rural and urban women.

Kenya quashes order on compulsory use of SGR for cargo transport

The Next Economy Core Life Skills Training Program for young…